Reportage and translation by Nathália Clark

Long before being defined the “official” geopolitical boundaries of each of the countries on which territory extends the Amazon rainforest, already lived there a wide range of distinct indigenous peoples. Freely transiting across areas of traditional occupation of their ancestors in the first days, now many of them are still on the run or in permanent refuge, remaining “isolated” from the Western society and rejecting the contact with it. However, the current socio-economic context of the large enterprises and national developmental projects, which greatly differs from that of the pre-colonial times, has increasingly gone against these populations, threatening their physical and cultural integrity.

There are many obstacles to the action of civil society organizations and government bodies for the protection of the rights of these peoples and of respect for self-determination and the option for the voluntary isolation: different legislations that behold them and even a legal gap, in many cases; different postures about the act of the contact; differences in indigenous State policies for these groups; difficulty of access in locations remotes from the major urban centres; and scarcity of financial and human resources to act in these areas are only a few of them.

To speak of the challenges of this work in regional scale and, more specifically, on the Brazil-Peru border, we interviewed the researcher Beatriz Huertas. Born in Lima, Peru, she has worked since 1994 advising indigenous organizations of the Amazon, as the Native Federation of Madre de Dios and Affluents (FENAMAD), the Interethnic Association for development of the Peruvian jungle (AIDESEP) and the Internanational Committee for the protection of Indigenous Peoples in isolation and in initial contact of the Amazon, Gran Chaco and Eastern region of Paraguay (CIPIACI).

Check out the interview:

How is the transit of isolated groups in border regions and in which sense such transboundary displacements are connected to the impacts from specific policies of each nation-state?

Most of the people who are in isolation in these areas moves alternately in both sides of the border. Their travels are marked mainly by the seasons, usually staying at the headwaters of the rivers in the rainy seasons and moving downstream during times of drought. These visits enable them to cater the various resources they need to live. We know that during these excursions are common meetings with relatives and members of other isolated peoples. Likewise, they approach communities or villages already contacted, where metal objects are obtained. These are the times when can possibly occur some tensions. 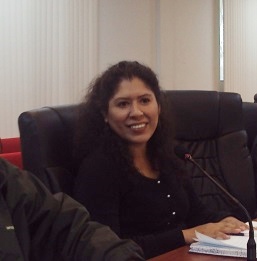 “What we call ‘border’ areas are territories which some peoples inhabit for centuries, which they know very well and which are part of their cultural identity.”

The economic, political and social dynamics of these nations have a lot to do with the displacement dynamics of isolated peoples. We have seen how the territorial pressure can change their routes of displacement, hinder the supply of resources for their subsistence and affect their lives in general. These are things that can sharpen the conflicts between the isolates and the neighbouring populations. That’s why it is necessary that the authorities understand the importance of the territory to the isolates, the dynamics of displacement of these peoples, the factors that influence or alter these dynamics, and the consequences of these changes. Only taking into account all this information and the implications of territorial pressure is that we can have a real picture of the situation and, from there, drive actions for a better protection of these territories and peoples.

From the point of view of necessary diplomacy, Governments have been able to work towards a shared management of the protection policy of these territories?

We have a long experience of pressure with the Ministry of Foreign Affairs of Peru to work jointly with Brazil and address the issues of the border regarding the situation of the uncontacted peoples. But in this scope the subject of indigenous peoples is still unknown and distant. We are trying for many years to have a binational work, where the States of each country could talk, address the issues and get engage on a protection based on the respect for the rights of the isolated peoples. But until now there has not been a breakthrough worthy of being mentioned.

The Ministry of Culture of Peru [State agency in Peru that is responsible for indigenous issues] has an agreement with Funai, but which has not yet been implemented. They have difficulties to communicate and, therefore, to advance in a joint work. Thus, the prevailing feeling is that by this way, the bilateral relationship with Brazil for a cross-border protection can be very long and bureaucratic.

On the other hand, especially in the last year, the indigenous organizations of Peru which have proposed the recognition and protection of the territorial corridor* have advanced very much their relations with the indigenous organizations of Acre (Manchineri, Kaxinawá and Ashaninka peoples). They have teamed up to carry forward the proposal and get the effective protection of isolated peoples in the Brazil-Peru border. In this process there has also been an approach with the authorities of the State of Acre.

* The proposal of the Territorial Corridor of Uncontacted and Recently Contacted Indigenous Peoples Pano Aruak and others is an area of 8,890,000 hectares, located in the Amazon region, between the departments of Ucayali, Madre de Dios and Cusco, in Peru, and the State of Acre, in Brazil.

Do you assess that there have been advances in the protection policies for the isolates in South America since the first international meeting on uncontacted indigenous peoples, held in Belém (Pará State) in 2005? Any retrogression?

There have been advances in legislative terms in countries such as Bolivia, Ecuador, Peru and Brazil. We can notice that there are more regulatory instruments where the topic is mentioned somehow. But also, at the same time, are advancing the normative instruments that promote the exploitation of natural resources in areas inhabited by these peoples. There are more rules that facilitate, promote and boost the ingressões in their territories. So, there’s a very big contradiction.

The subject became more visible, that’s for sure. In all countries there is more debate about the peoples living in voluntary isolation. Bolivia dealt with this topic for a while, including very important international events carried out by the United Nations. But there is no State policy and even less progress in terms of territorial protection. In Ecuador the issue is focused on the Yasuni [National Park], in all the problems around the exploitation of petroleum in the area and in severe impacts on their isolated peoples, both historically and today.

In Colombia we have some important advances in the production of information and the management of natural protected areas. It’s not that there is an established system, but there are people that drive this debate. In Paraguay, the authorities finally began to acknowledge the existence of a diversity of Ayoreo groups in isolation, when before there was talk of only one. However, large extensions of forest in the region of Chaco, territory they inhabit, are being destroyed day after day. And we also have to keep in mind that Paraguay is one of the countries with the highest rates of deforestation in South America.

What are the main challenges and threats at regional level?

The policy at regional level is the same: push to economic activities that directly affect the life, the territories and the rights of indigenous peoples in general and even more significantly of the isolates. These are international policies established by the international demand for natural resources, such as the search for timber, ore and biofuels. In this regard, there has been a change, and this is a big problem that affects all countries. The weakening of the laws that support the rights of indigenous peoples and of the institutions that have an obligation to ensure these rights is also a phenomenon that is seen in all countries.

What are the main and most effective measures to be taken for the protection of the isolates? How civil society can act to strengthen this work?

I think there are several main lines of action: information and awareness of society as a whole; pressure on the State to bring legal certainty and effective protection of the territory; production of mechanisms for prevention of forced contacts; and attention to emergency situations that require contact and its consequences. As for civil society, there are many organizations that are already sensitized, but do not know quite how to articulate, so it is necessary to improve the articulation between them to work together for the protection of these peoples.

With regard to indigenous organizations, it is necessary a stronger work with the base communities, so that they continue designing and implementing mechanisms of protection. The communities are there, surrounding the isolates, and have a key role in the protection of these groups and themselves. It is also necessary to strengthen these organizations regarding the attempts of split on the part of companies and States every time they defend the indigenous rights in the face of large infrastructure projects.

The alliances that are being established between indigenous organizations from Brazil and Peru in the area of Acre-Ucayali-Madre de Dios is a very important breakthrough. It is very difficult for an indigenous organization, which already has so many problems on their own, to look beyond its borders. But that’s what’s happening: they are looking beyond their borders. And they are understanding the importance of having on hand all the information about the territorial dynamics of the isolates to actually protect them.

Artigo Anterior Awá-Guaja: survival in the remaining forest
Artigo Seguinte CTI and the policies for the isolated indigenous peoples
×